Reading Is Out of This World: Grand Prizes 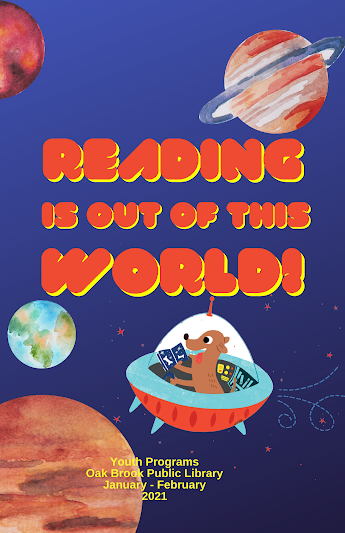 We are so excited to have our Winter Reading Program up and running! Below is some information on how to participate: 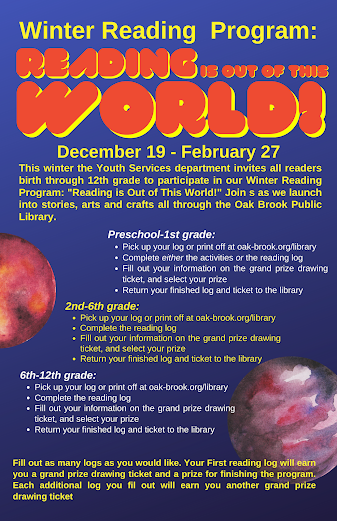 When you complete your first reading log, you will receive a prize bag with our fun Winter Reading themed prizes. You will also be entered to win your choice of one of the Grand Prize baskets or gift cards! Keep reading- you can enter the Grand Prize drawing each time you finish a reading log! 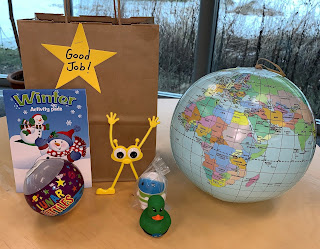 Take a look below at our Grand Prize baskets. Each basket contains the books listed, plus some special surprises! Remember, you can enter your name in the Grand Prize raffle more than once, so keep reading and returning those reading logs to us!

Board Books to Picture Books
Recommended for Ages 1 - 5
Never Ask A Dinosaur To Dinner by Gareth Edwards
Wish by Matthew Cordell
Look At Me! by Rachel Fuller
Mr. Brown Can Moo! Can You? by Dr. Seuss
Thumper’s Furry Friends by Kelsea Skea
Ten, Nine, Eight by Molly Bang
Ask Mr. Bear by Marjorie Flack
Guess How Much I love You? by Sam McBratney
Giraffes Can’t Dance by Giles Andreae
Eight Silly Monkeys Illustrated by Steve Haskamp 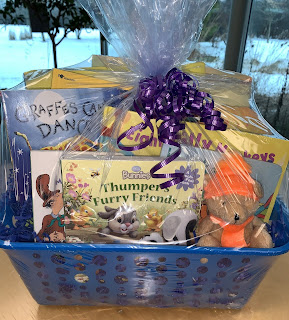 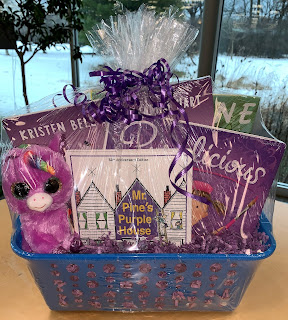 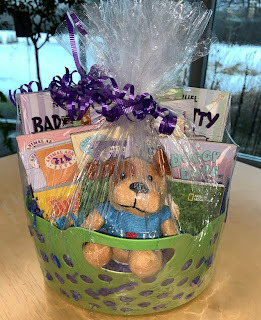 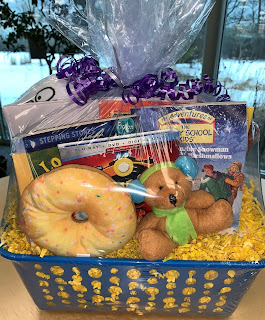 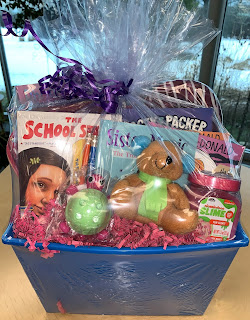 10 Intermediate Chapter Books
Recommended for Ages 7-10
Panda Panic by Jamie Rix
The Homework Machine by Dan Gutman
Penguin Pandamonium by Jeanne Willis
Raccoon Rampage by Andrew Cope
Who Was Leonardo DaVinci? By Roberta Edwards
Who Was Alexander Hamilton? By Pam Pollack
Where Is The White House? By Megan Stine
The Lemonade War by Jacqueline Davies
Bug Boys by Laura Knetzger
Potty Mouth and Stoopid by James Patterson and Chris Grabenstein 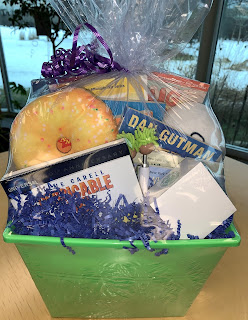 9 Advanced Chapter Books
Recommended for Ages 9-12
The Unadoptables by Hana Tooke
Letters From Cuba by Ruth Behar
The Elephant’s Girl by Celesta Rimington
The Circus of Stolen Dreams by Lorelei Savaryn
The Next Great Jane by K.L. Going
The Girl Who Drank the Moon by Kelly Barnhill
Doodleville by Chad Sell
The Dumbest Idea Ever! by Jimmy Gownley
A Night Divided by Jennifer A. Neilsen 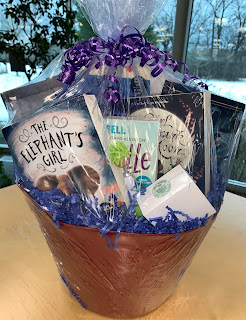 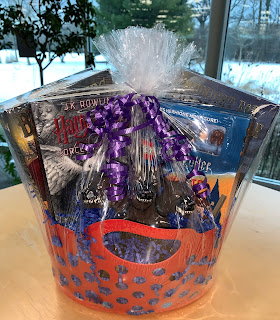 Historical Books
Recommended for Ages 12 +
True Life: Alexander Hamilton by Monika Davies
Heart of a Samurai by Margi Preus
Revenge of the Whale: The True Story of the Whaleship Essex by Nathaniel Philbrick
Code Talker by Joseph Bruchac
The Rise and Fall of Charles Lindbergh by Candace Fleming
A True Gold Rush Adventure: Call of the Klondike by David Meissner and Kim Richardson
Bomb: The Race to Build and Steal the World’s Most Dangerous Weapon by Steve Sheinkin 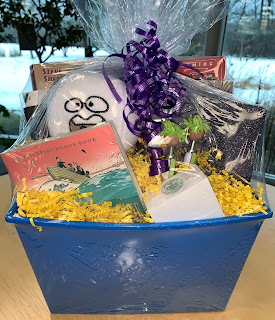 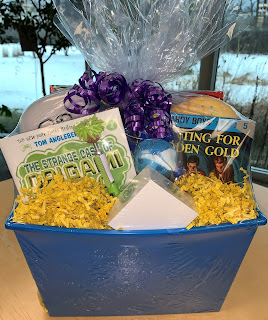 Variety Pack: Teen Fiction
Recommended for Ages 12 +
The Book Thief by Markus Zuzak
Twilight by Stephanie Meyer
Beautiful: A Girl’s Trip through The Looking Glass by Marie D’Abreo
Jo & Laurie: A Romantic Retelling by Margaret Stohl & Melissa DeLaCruz
The Red Ribbon by Lucy Addington
Not If I Save You First by Ally Carter 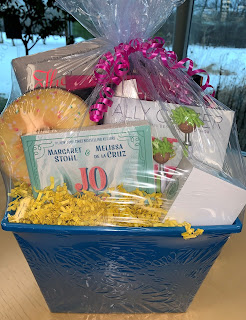 In case you missed them, these fantastic reads came out during December 2020. Click the link to go directly to our website, and place one of these titles on hold today! Remember: as of this posting, OBPL is currently only offering curbside pickup, so consider this your next best thing to browsing the "New" section at the library. 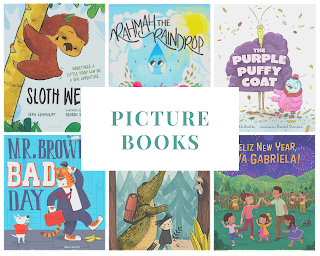 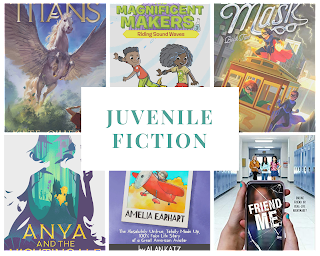 Titans by Kate O'Hearn
The Magnificent Makers: Riding Sound Waves by Theanne Griffith
The League of Secret Heroes: Mask by Kate Hannigan
Anaya and the Nightingale by Sofiya Pasternack
The Lieography of Amelia Earhart: The Absolutely Untrue, Totally Made Up, 100% Fake Life Story of a Great American Aviator by Alan Katz
Friend Me by Sheila M. Averbuch 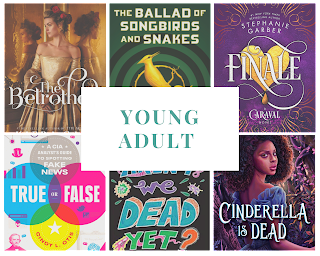 The Betrothed by Kiera Cass
The Ballad of Songbirds & Snakes by Suzanne Collins
Finale: A Caraval Novel by Stephanie Garber
True or False: A CIA Analyst's Guide to Spotting Fake News by Cindy L. Otis
Why Aren't We Dead Yet? : The Curious Person's Guide to the Immune System by Idan Ben-Barak
Cinderella is Dead by Kalynn Bayron

Check out this week's mega-packed digital Take & Make ornament craft by Miss Brigitte on the OBPL YouTube page. Supplies are limited; stop by the library to pick yours up curbside today!

Storytime & Craft with Miss Kristyn: What Are The Northern Lights?

Join Miss Kristyn as she learns all about the Northern Lights. Plus, pick up a #takeandmake #craft to create your own #magical Northern Lights art. Crafts are available #curbside starting today, December 7th.

Watch Miss Margaux read some books about her favorite food & do a craft!  Stop by the library to pick up a Take & Make craft kit curbside today.

Storytime With Miss Kristyn: What Pet Would You Get

This week's storytime is all about lovable pets. Join Miss Kristyn as she reads pet stories and demonstrates a fun take and make craft! It's sure to be meowriffic! Stop by the library to get your craft supplies today! 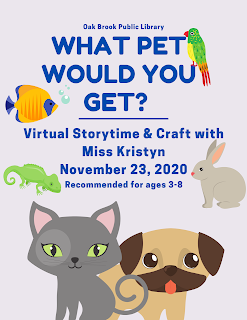 Gobble, Gobble, Gobble! Be sure not to miss this week’s digital storytime with Miss Theresa on the Library’s YouTube channel beginning today! Crafts are available to pick up while supplies last!

Watch Miss Theresa talk about the different kinds of apples & do a craft along with her! Pick up your supplies at the library while they last.
Posted by Youth Services Staff
Email ThisBlogThis!Share to TwitterShare to FacebookShare to Pinterest

Stop by the library today to pick up a roly poly take & make craft! Then follow along at home as Miss Theresa reads some books, takes you on a roly poly adventure, and more!
Posted by Youth Services Staff
Email ThisBlogThis!Share to TwitterShare to FacebookShare to Pinterest

Be sure to subscribe to our YouTube channel to stay up to date with our virtual programming! Beginning in September we will have one virtual program a week for children of all ages!